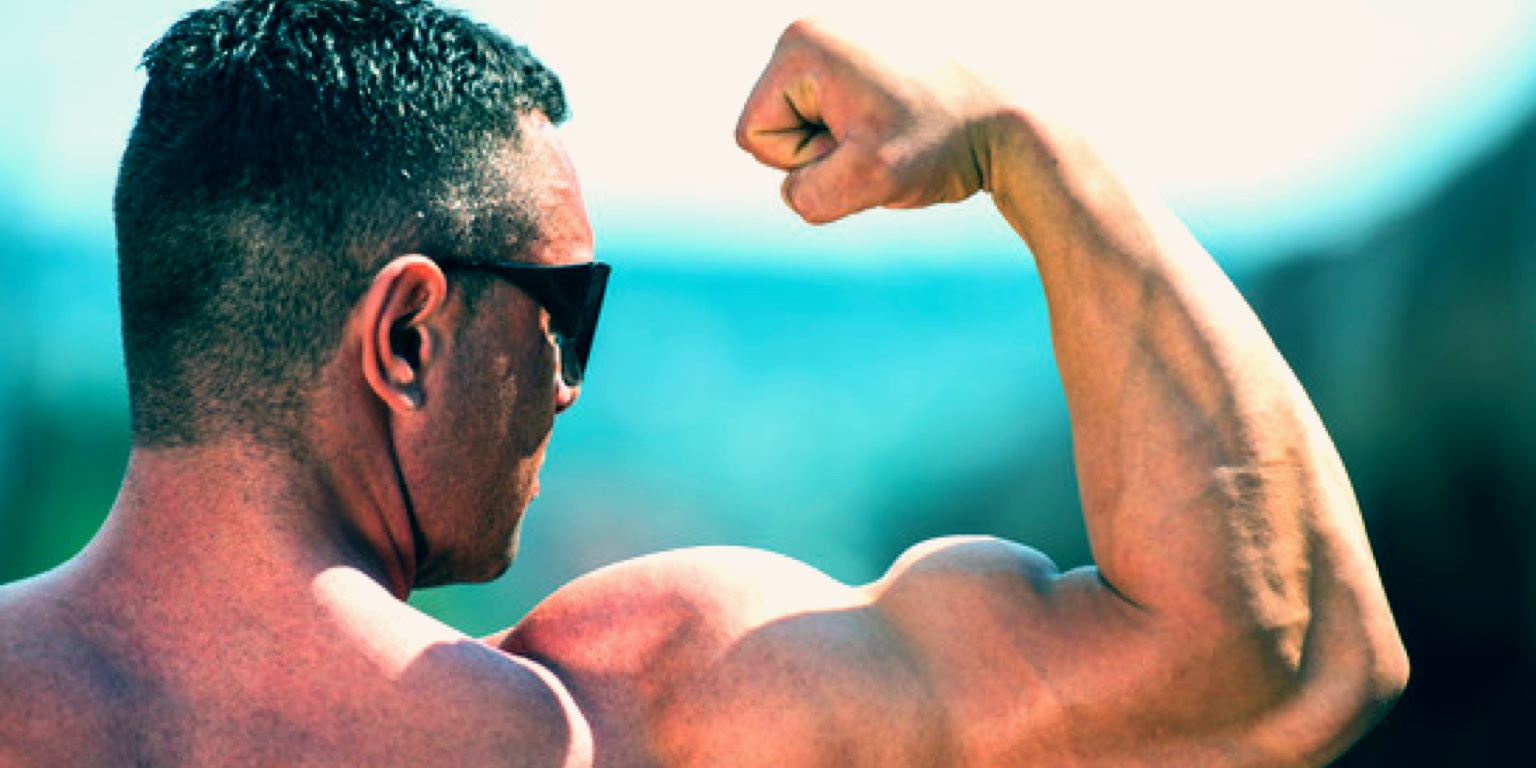 Lift weights, get dates, do curls, get curls, sun’s out, gun’s out. You’ve probably heard those clever plays on words before, probably being used in a humorous way but never the less the message appears to be clear, and that is that as far as desirable body parts are concerned, the general consensus seems to be that the arms or “guns” as they’re sometimes referred to as, are up there as being some of the most popular.

If you ask people to flex their muscles for you, they’ll almost certainly flex their biceps. When judging the muscularity of a person one of the first things you notice is the size of their arms. Working your arms is hugely beneficial and not just for aesthetic reasons either, yet many people just don’t seem to follow the right training program or routine.

To build muscle you need to work all of the major body parts, including the arms.

If you’re looking to add inches to your guns this summer, try following this arm workout routine once a week and within six weeks you could have gained up to 2 inches on your arms.

There are three main areas of the arms – Biceps, Forearms and Triceps. We will do the biceps and forearms together (as they are closely related. For bigger forearms you should also do deadlifts), and also triceps exercises.

EZ bar preacher curls are great for shaping and sculpting the biceps, especially their peaks.

Dumbbell hammer curls are great because they allow you to work the biceps, as well as the forearms at the same time.

Barbell curls are often ignored in favour of EZ bars or dumbbells, yet they’re great for building mass and working the triceps and the forearms at the same time. For that reason, we’ve included them in this program.

Skullcrushers get their name because they involve bringing a weight down from up in the air and stopping an inch or two away from your skull. They work the triceps amazingly well and should only be performed with a weight you can manage and with very strict form.

Triceps pushdowns are arguably the most popular exercise when it comes to the triceps, and they just also happen to be one of the most beneficial.