Recommended Articles For You From Our Site:
Article Posted Under: Nutrition » Supplements 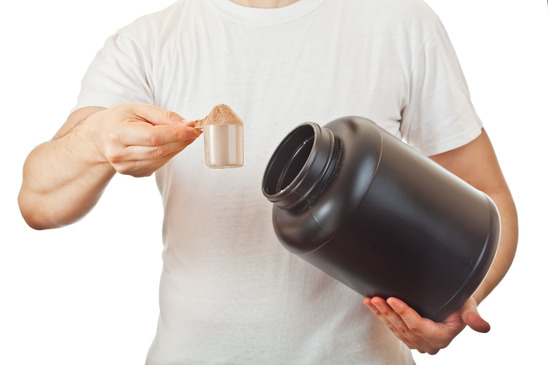 Whether you realize it or not, supplements are a billion dollar industry. Obviously if all these supplements did what they claimed there would be a lot more buff people walking around. If you look around though that doesn’t seem to be the trend. While many people are trying to build muscle, few are actually succeeding. Why is that?

Obviously poor eating and training habits contribute to it. However the truth of the matter is that most supplements do not live up to their claims. Let’s face it, people are always looking for a quick fix. Rather than accepting that building muscle is going to take hard work they look for the next miracle pill. Unfortunately magic pills only work in fairy tales.

Don’t lose hope though; there are some supplements that actually do help build muscle. Now they won’t turn you into Mr. Olympia overnight, but they will increase your potential muscle growth. The good news is they are generally much cheaper than the miracle pills because they don’t require as much marketing.

While It is the most researched muscle building supplement available. There has been some controversy surrounding this supplement the bottom line is that it works. It can drastically increase your rate of muscle growth (one review showed an extra 2 to 4 lbs of lean muscle mass was gained during 4 to 12 weeks of training for athletes). Creatine has been shown to boost strength development as well as enhance fat loss. See our full tips and guide for taking Creatine here.

Leucine has been creating a buzz in the supplement industry recently, and for good reason. I has been shown to increase protein synthesis by as much as 145 percent when taken after a workout. Of all the BCAA’s Leucine is the most important with regards to muscle building. That is why it is beneficial to take Leucine enhanced BCAA’s. When the ratio of Leucine to other BCAA’s is out of balance it reduces the anabolic response. The best ratio is 4 to 1 of Leucine to the other BCAA’s (valine and isoleucine).

This really is a no brainer. We all realize that protein makes up the building blocks for muscle. Every bodybuilder that has build a decent amount of muscle has probably supplemented with protein. Your rate of recovery is dependent on getting adequate amounts of protein. Whey protein outperforms all other protein sources due to ability to be digested quickly. Whey also contains a very high concentration of Leucine.

You probably know that a strong cup of coffee can really help you focus. You may not have realized that caffeine also boost testosterone production. Caffeine has also been shown to recover faster from strenuous workouts.

Most people think of fish oil as helping with inflammation. It does that, but it also has been shown to be anabolic. Fish oil has been shown to increase protein synthesis by as much as 30 percent. A recent study showed this led to a 2 percent gain in muscle mass.

Obviously there are other supplements that help you build muscle. Having said that I think these 5 should be the basis of any supplementation program. They have shown that they work, and that they have stood the test of time. As I said before they are also cheap to buy in bulk. So with a little bit of work in the gym you can build some muscle and save some cash, and who wouldn’t want to do that?

Recommended Articles For You From Our Site:
How to Correctly Perform the Barbell Bench Press - And Do You Make These Common Mistakes? Top Twenty Foods for Body Building

Ben Stone is the brains behind many of the articles on this site.

Hey I wanted to say thanks to Gym Geek - you guys got me back in the mood for the gym and all from your blog! made me realise its worth doing squats for girls! i've seen fantastic results and its